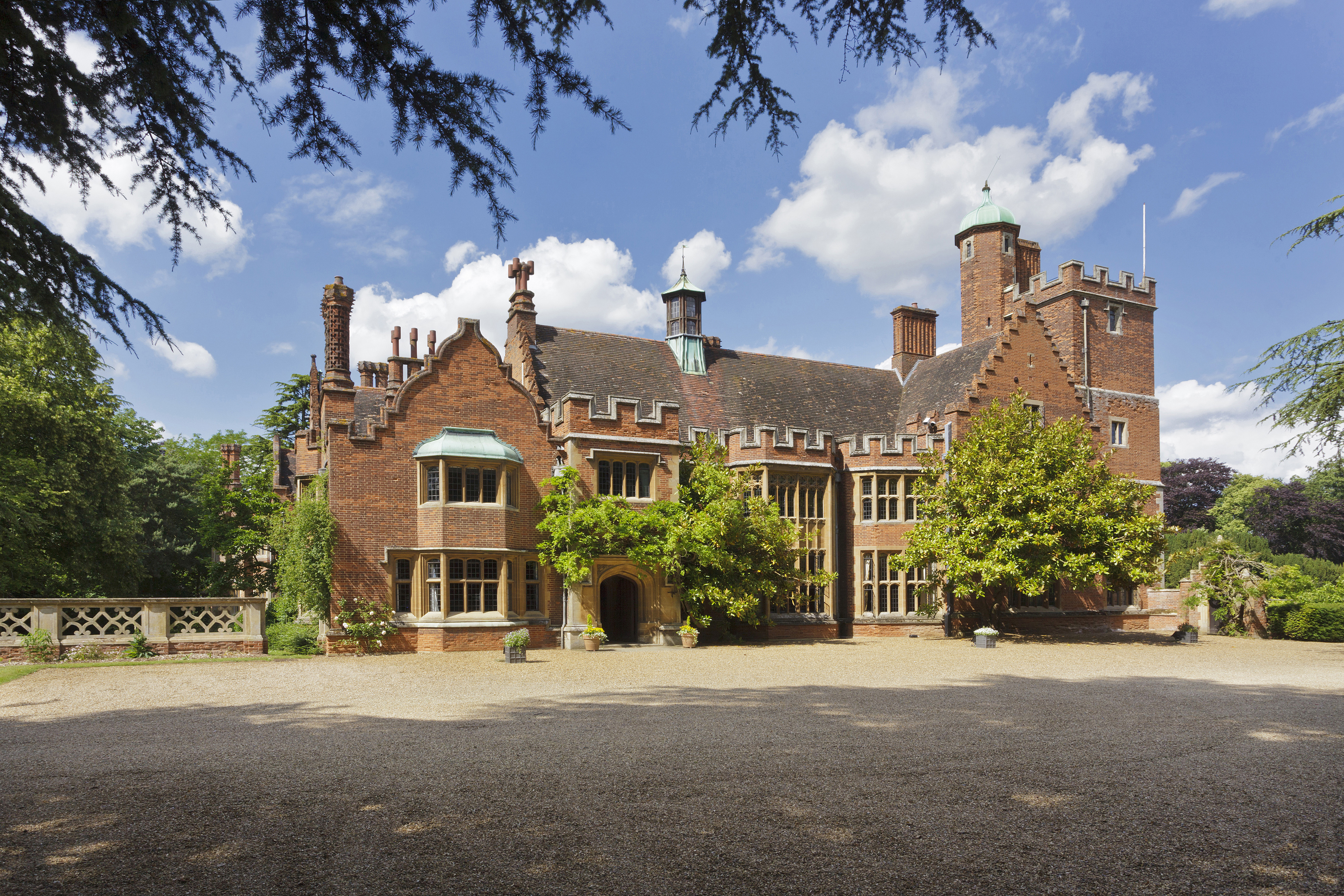 Merrifields of Bury St Edmunds and Jackson Stops and Staff of Newmarket have been appointed by the Animal Health Trust to market their offices at Kentford, known as Lanwades Hall, which is a magnificent Edwardian Grade II Listed mansion currently used as offices and a wedding venue, set in parkland with two fine gate lodges and attractive established grounds extending to approximately 11.5 acres (STS).

Lanwades Hall is a notable Edwardian Grade II Listed mansion with two fine gate lodges and attractive established grounds extending to 11.5 acres (sts).  The property was completed in 1907 and was commissioned by James Larnack using the £5,450 winnings from a £500 bet he had placed when his horse Jeddah won the 1898 Derby.  Built in the form of a large Tudor manor house, with details in the Tudorbethan style this stunning property has red brick elevations with buff limestone dressings with Flemish and crow-stepped gables, mullioned and transomed windows, prominent red brick chimneys in the ornate 16th Century style, cupola with weather vane and pepperbox turret under a peg tiled roof.

King Edward VII stayed at Lanwades Hall while attending the Newmarket Races.  The property is now used as administrative offices and a luxury wedding venue by the Animal Heath Trust, the much respected world famous charity, who have owned the site since 1948.

The two fine gate lodges, East and West Lodge form part of the sale.  These attractive period cottages were re-roofed and refurbished in 2012, including new kitchens and bath/shower rooms.  Arranged over two floors the accommodation (Gross Internal Area) extends to approximately 1,238 sq ft per property with both properties benefiting from enclosed rear gardens and allocated parking.

Lanwades Hall is set in stunning established grounds within Lanwades Park, home of the Animal Heath Trust, in Kentford, set in attractive countryside on the Suffolk/Cambridgeshire border.

Lanwades Hall was originally constructed as a residential dwelling house.  The Hall has most recently been used for administrative offices and as a wedding venue.  The Hall is likely to be suitable for alternative uses subject to planning consent.